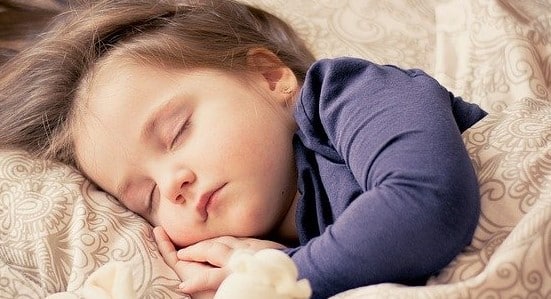 Your child’s challenging behaviors stem from his or her inability to manage stressful situations. Their hostility and cruelty are not deliberate. Mindful consideration of how your emotions are influencing your response to your child is right.

Never forget that your child’s challenging behavior is a natural part of his or her development.

Some tips on managing your child if they act out:

Here are some strategies for handling your child’s behavior issues at this stage.

You can’t expect your child to magically transform into a model toddler or preschooler. The behavioral issues will persist on and off because he, too, will be contending with conflicting emotional and logical impulses. Continue to emphasize to your child how terrible it is, and he will eventually listen.

A child of this age lacks the mental maturity to comprehend the reasons for his actions. The more you try to explain it to him, the more confused the child will get. You can expect your child’s temper tantrums to persist as he ages.

Therefore, you must explain his behavior to him most kindly and straightforwardly. Clearly, point out his error and kindly request that he refrains from doing so again.

The importance of communication

Having an open line of communication is crucial in this case. Find a quiet spot in your child’s room and listen without interrupting or correcting him.

Try to get to the bottom of your child’s behavior by inquiring about his motivations. Even if he doesn’t explain, you should look for recent changes that could account for his shift in behavior.

Instilling physical pain or discomfort in form of discipline does not always work. Actions such as pinching a child, smacking, hitting, spanking among others; if used as discipline methods would do more harm than good.

Children going through physical discipline may end up with increased aggression, low self-esteem and poor social skills. They may tend to think that violence is an acceptable technique in solving issues.

Your kid might have a meltdown if they don’t get enough rest, sleep, or have too many activities on the same day. Take care that he maintains a regular sleep schedule and routine. This will help to avoid any adverse effects on his behavior. Also, you need to give him some freedom of choice.

Be a role model

Your child will imitate the behavior and actions from you and people around. In other words, it is easier for them to copy a positive behavior and not necessarily do what they are told to. It would be much better if we act what we tell them for quick and positive results. So, whatever behavior you are trying to encourage, be the first to practice and to live it.

Teach the child that misbehavior isn’t the only way to fulfill his or her needs. Also, let them know that there are better methods to do so. Instead of punishing your child for acting out, you should show him how to control his anger by taking away the toy if he tosses it. Encourage them to choose wiser actions in the future.

In order to encourage good behavior, you should shower your child with encouragement and compliments. While it can benefit kids of all ages, it is especially encouraging for those in this age bracket. This is because it shows them they are making progress.

As a matter of policy, it is necessary to make it clear that some behaviors, like smashing things or throwing objects, are not acceptable. Violence and aggression should be discouraged early on to prevent problems later on.

There is no magic bullet solution

Some methods you’ve been using to punish your child may need to be replaced. Some will respond well to timeouts and other forms of restraint, while others will not. It’s up to you to decide how to best punish your youngster.

What are the common triggers of behavior issues by five-year-old and below?

Conversely, some children may resist parental requests for cooperation in favor of exercising whatever degree of autonomy they can muster.

It can be difficult for a child who hasn’t attended preschool to join a new group of kids. This is coupled with a new way of life in which one must learn to sit still and pay attention to be educated without the comforts of home.

What causes children to have difficulty controlling their behavior?

Regular emotional flare-ups in kids may indicate they lack the maturity to handle difficult emotions like rage, nervousness, or frustration. Multiple abilities are necessary for healthy handling of intense emotions by the adults.

Your child’s problems can be seen in the context of the usual problems that kids his or her age have in the classroom.

It is possible that your child is constantly getting into debates and confrontations with kids over nothing major. Further evidence would be if he frequently spends time alone and his friends avoid him.

On occasion, he may even throw tantrums and be stubborn. Your loved ones may view him as a bother who never does anything but create drama and stress. The result would be a worsening of the existing behavior.

What kind of behavior should you expect from a 5-year-old child and below?

Many kids have a good grasp of the concept of independence by age five. Most of these kids are capable of doing tasks independently for the first time, such as getting themselves cleaned up and ready for school.

They might need to be shown how to do each task and kept an eye on to make sure they do it right and remember everything.

Your child may have already found a best friend, or he or she may be socializing with a new set of kids in an effort to do so. By this age, many kids also start mingling with their peers.

Your child’s extroverted nature may also cause him to have bouts of possessiveness, during which he hides his things. This is typical behavior; you can manage it by introducing him to solo activities.

At this age, children’s natural curiosity really begins to blossom. They may bombard you with questions, often at inopportune moments. This could potentially cause awkward social situations.

Rather than stifling your child’s natural curiosity by answering his queries with “No,” do encourage him to begin exploring his own thoughts and seeking explanations.

Even if your child was a fussy infant, they might have learned to control their feelings as they aged. It’s possible he’ll trip and cry while playing but then pick up where he left off.

He could even lose his temper and appear irrational at times. If his actions tell you anything, he might need your help finding healthy ways to show how he feels.

Most parents would probably snap if their child started displaying behavioral issues. Hitting your child out of anger is never a suitable method of punishment. A youngster never intentionally hurts another. If you can determine what’s driving his actions, you can fix half the problem right away.